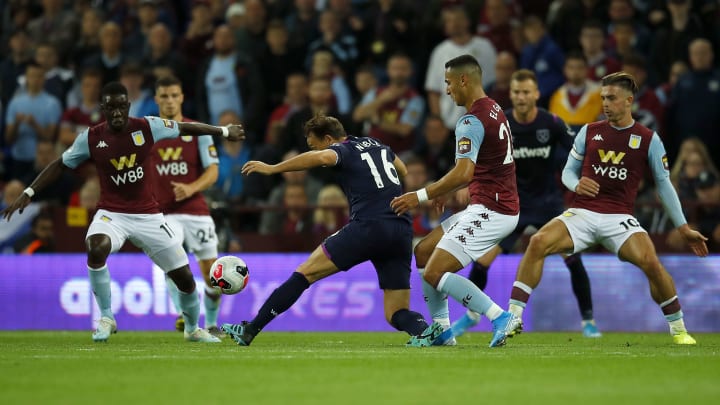 It’s a huge final for Dean Smith’s Aston Villa, as they travel to West Ham looking to secure their Premier League place for next season.

The visitors go into the game in 17th place – only above Watford on goal difference – having been boosted by a much-needed 1-0 win over Arsenal in midweek. While a win was absolutely vital in that game, they may only need a point here – depending on how the Hornets get on away at Arsenal.

As for West Ham, they have nothing but personal pride to play for after their draw at Old Trafford ensured their Premier League status for another season. The Hammers also have the division’s most in-form striker, with Michail Antonio having netted eight goals since things got back underway in June.

Here’s 90min‘s preview of the game.

When is Kick Off? Sunday 26th July
What Time is Kick Off? 16:00 (BST)
Where is it Being Played? London Stadium
TV Channel/Live Stream? BT Sport (UK), FuboTV (US)
Referee? Michael Oliver

West Ham winger Jarrod Bowen, who has impressed since joining from Hull in January, may miss out after sustaining a knock at Old Trafford, while Aaron Cresswell and Ryan Fredericks are also doubts. Robert Snodgrass remains sidelined.

The Hammers have enjoyed a good spell of form lately, losing just once in their previous six fixtures.

The catalyst for this run has been the form of English forward Michail Antonio. The 30-year old has scored eight times in his previous six games, including a four-goal haul against relegated Norwich City, and strikes against Champions League chasers Chelsea and Manchester United.

Aston Villa have also stepped up their form in recent games. After a run of no wins and just two draws in 11 games, the Villans have picked up seven points from their last three outings – beating Arsenal and Crystal Palace, and drawing at Goodison Park.

Egyptian winger Trezeguet is one player who has stepped up to the plate for the visitors. The former Anderlecht man has doubled his Premier League goal tally in the last three games, scoring a brace against Crystal Palace, as well as bagging the winner against Arsenal.

Here is how both sides have fared in their last five games.

With nothing left to play for, the home side may be on the beach already. However, an experienced manager like David Moyes is far too professional to simply roll over and take a defeat.

The away side are desperate for a win to maximise their chances of staying up. If Dean Smith’s men were to come away from east London with three points, it would mean that Watford would need to win by a margin of at least two goals more than Villa.

However, a draw would give Watford the opportunity to leapfrog the Midlands club with a victory over Arsenal, while a defeat could see Bournemouth climb out of the bottom three. It promises to be an exciting final day.