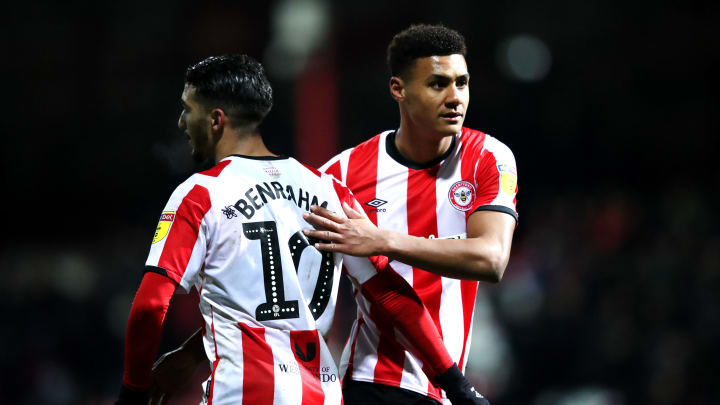 With the (regular) Championship season drawing to a close on 22 July, it is time to dish out the awards!

It has been another enthralling year in the second tier of English football, with the race for automatic promotion, playoff spots and relegation all going right down to the wire.

Let’s have a look at the main candidates for PFA Championship Player of the Year.

After the departure of French forward Neal Maupay to Brighton, Ollie Watkins – who had never scored more than 10 goals in a Championship season – was trusted with filling the gap up front for Brentford.

It’s safe to say the 24-year-old has been a sufficient replacement.

The former Exeter man has found the net 25 times for the Bees with one game remaining. This has helped elevate the west London side from 11th last season to third in this campaign – pushing for promotion right down to the final day.

Should Watkins scoop the award, it will not be his first PFA trophy, having won the EFL Young Player of the Year in 2017 whilst at Exeter.

Next up is Watkins’ Brentford teammate Said Benrahma.

The Algerian has been simply magical for Brentford this season. Bagging 17 goals – his best goalscoring season of his career by a mile, surpassing his previous record of ten. Throw in an additional eight assists, and you have one of the league’s best performers on both counts.

Benrahma’s form has attracted the attention of some of the country’s biggest clubs, with Chelsea, Arsenal, and Leicester City all said to be interested.

After the Whites’ miserable Premier League season in 2018/19, it was perhaps a surprise when the Serbia international agreed to stay at Craven Cottage for another year.

What hasn’t been a surprise was the number of goals that Mitrovic has scored this season. The 25-year old has netted 26 this season, and currently leads the Golden Boot race with one game to go.

Should Fulham fail to achieve automatic promotion, Mitrovic’s experience could be useful, having won the Championship playoffs with the west Londoners two seasons ago.

With flair, skill, and a gem of a left foot, the Sporting cP loanee has been magnificent for Slaven Bilic’s side this campaign.

Brazilian attacking midfielder Pereira has been hailed by many as the best player in the league, and he has the numbers to back it up. His 17 assists are the most in the division, and his eight goals have greatly helped West Brom in their quest for a return to the Premier League.

Pereira’s incredible season has led to the Baggies triggering a £9m release clause in his contract. There is no doubt that the Midlands side have secured themselves a real bargain.

After a long 16 years, Leeds United have finally returned to the Premier League.

And they couldn’t have done it without boyhood Leeds fan Kalvin Phillips at the heart of midfield. The 24-year old is a fan favourite at Elland Road, and has been tremendous all season as the Yorkshire side won the Championship title.

Next season could be massive for Phillips, who is believed to be on Gareth Southgate’s radar for a place in England’s squad for next summer’s European Championships, with the Three Lions lacking quality holding midfielders.

Brighton loanee Ben White had big shoes to fill at Elland Road after the sale of the immensely popular Pontus Jansson to Brentford, and the 22-year old has stepped up to the plate.

White has been a crucial part of Leeds’ title-winning season, playing every minute of the campaign. His partnership with Liam Cooper has been outstanding, keeping 21 clean sheets and conceding just 35 goals – the lowest in the division. White also holds the crown for the most interceptions in the league with 110 – 21 clear of Barnsley’s Mads Juel Andersen in second.

Marcelo Bielsa will be desperate to keep White for the upcoming Premier League season. However, there has been big-name interest in the rising star…

A dark horse for the prize could be QPR’s Ebere Eze.

The England Under-21 international has been marvellous for the Rs this season. Possessing smooth dribbling ability, strength on the ball, and incredible composure, Eze has found the net 13 times in this campaign – two more than every other season in his career combined.

On top of this, the 22-year old has notched a further eight assists and is the second most fouled player in the division – demonstrating just how much trouble opposition sides are having in getting him off the ball.

With Mark Warburton’s team looking to balance the books, it is highly likely that Eze will be sold in the summer, with fellow London clubs West Ham United and Crystal Palace among those interested.

Finishing off the list is another outside shout for the award – Millwall’s Jed Wallace.

Millwall’s season may have ended with disappointment after missing out on a playoff spot, but former non-league man Jed Wallace can finish the season with his head held high. The right midfielder has recorded the second most assists in the league this season with 13.

His season tally of ten goals is also not too shabby, the most notable of which was a stunning 30-yard free kick against Cardiff in December. 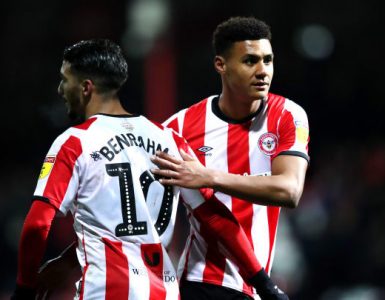