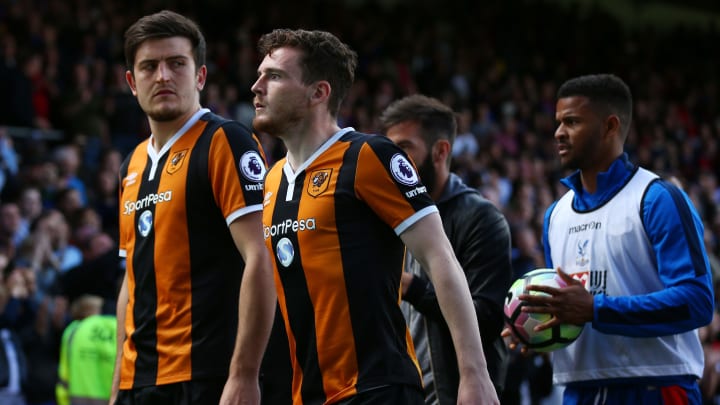 Relegation from the top flight is a sobering experience. Not only do you swap Old Trafford for Deepdale and Gary Lineker for Colin Murray, you’re usually forced to wave goodbye to anybody who was ever half-decent and watch on enviously as your ex-stars continue to do the business in the top flight while your side limps to a draw with Barnsley.

Raiding relegated sides for their prized assets is often met with a varying degrees of success. Roberto Martinez re-signed half of his relegated Wigan side for Everton in 2013 to little affect, while three of Liverpool’s 2019/20 title winning squad joined the Reds after suffering the drop.

Milner was one of a number of players sold by Leeds following their 2004 relegation and financial implosion.

The Leeds academy product had no shortage of suitors, and he departed his boyhood club for Newcastle in a £3.6m deal.

Milner remained at St James’ Park until 2008, making over 100 appearances for the club until he was sold to Aston Villa for £12m. His career has gone stratospheric since, with World Cup selection and Premier League title victories with Manchester City and Liverpool.

At 34 and showing no signs of stopping he’ll probably retire after Harvey Elliott.

The England boss captained Crystal Palace to promotion to the Premier League in 1994, but the Eagles suffered the drop the following season.

Southgate was snapped up by Aston Villa for £2.5m, where he was converted to a centre half. He was an integral part of the third-meanest defence in the Premier League as Villa qualified for Europe and won the League Cup during his first season at the club.

The centre back and occasional pizza chain promoter established himself as an England regular during his time at Villa Park. He enjoyed six successful seasons in the Midlands, before joining Middlesbrough for £6.5m in 2001.

Another player pinched from Leeds following the club’s relegation was big Mark Viduka, who joined Middlesbrough for £4.5m.

The Australia international was an instant hit on Teeside, and he was an integral part of the Boro team that famously reached the 2006 UEFA Cup final.

Viduka scored 41 times in 98 appearances for Middlesbrough, and is fondly remembered as part of a golden era at the Riverside.

West Ham finished rock bottom of the Premier League during the 2010/11 season after a dismal campaign, but Scott Parker was so good that he was nominated for the PFA Player of the Year, named the Football Writers’ Player of the Year and earned an England call-up for the first time in five years.

He even started the Championship campaign with the Hammers, before Tottenham eventually signed him for £5.5m.

Parker was a key part of that fabulous 2011-2013 Spurs side, acting as the dependable, defensive rock that enabled Luka Modric and Gareth Bale to work their magic. He left the club for Fulham in the summer of 2013.

Hull suffered relegation from the top flight in 2017, but Maguire emerged from the campaign with a great amount of credit, having been named the Tigers’ supporters’ and players’ player of the year.

His performances tempted Leicester to part with £12m to secure his signature, and the centre back played every minute in the top flight during his debut season with the Foxes.

International recognition soon followed, with Maguire an essential part of the England side that reached the 2018 World Cup semi finals. Leicester ended up turning quite a profit on their £12m investment, as Manchester United paid £80m to bring him to old Trafford in 2019, making ol’ Slabhead the world’s most expensive defender.

When Sheffield United cruelly (and controversially) suffered the drop in 2007, Everton took full advantage by purchasing a man who would grow into a club legend.

Jagielka was still just 24 when the Toffees coughed up £4m to bring him to Goodison, and he would go on to remain on Merseyside until he was 37, making over 350 appearances for the club.

The defender broke into the England squad after his first season at Goodison, won Everton’s player of the year on two occasions and scored an absolute banger in the Merseyside derby.

Just four years after being relegated to the second tier with Newcastle, Wijnaldum played 37 out of 38 games during Liverpool’s famous title-winning campaign, as the Reds were crowned champions of England for the first time in 30 years.

Liverpool paid £23m to bring the midfielder to Anfield, and his energetic, dynamic, all-action, technical style has made him a seamless fit into Jurgen Klopp’s side.

He also scored a double in perhaps Liverpool’s most iconic European night at Anfield ever.

It’s been quite the ride.

Joe Cole won the Hammer of the Year as West Ham dropped out of the top flight in 2003. It was a hugely talented West Ham team, including the likes of Paulo Di Canio, Michael Carrick, Jermaine Defoe, and Trevor Sinclair.

But Cole was the cream of the crop, and Chelsea snapped the 22-year-old up for £6.6m. Although injuries plagued the latter stages of his Stamford Bridge career, the West Ham academy product was sensational during his early days in a Chelsea shirt.

He scored 10 goals for the Blues during their 2004/05 Premier League title winning campaign, and was named in the PFA Team of the Year the following season as Chelsea defended their crown. Cole netted 40 goals in 281 appearances for the club, winning six major trophies in seven years.

There is no climb quite as meteoric as Andy Robertson. After just two seasons in the Premier League with Hull – which both ended in relegation – Liverpool paid £8m to bring him to Anfield in 2017.

It proved an absolute masterstroke of a signing. He gradually forced himself into the Liverpool team during his debut season with the club, before making the left-back position his own and establishing himself as one of the finest in the Premier League.

With Robertson down one flank and Trent Alexander-Arnold down the other, arguably no other full-back pairing has been more influential in a Premier League title-winning campaign than the dynamic duo were for Liverpool during the 2019/20 season.

Nottingham Forest finished rock bottom of the Premier League during the 1992/93 season, but Roy Keane was still named in the PFA Team of the Year.

This persuaded Manchester United to part with £3.75m to bring him to Old Trafford – a British record transfer fee at the time. He would remain at the club for 13 years, and was synonymous with one of the most successful periods in Manchester United’s history, as the Red Devils wrestled with Arsenal (and Keane wrestled with Patrick Vieira) at the top of English football.

Keane won seven Premier League titles – captaining United to four of them – in addition to four FA Cups and the Champions League. He is not only the greatest signing from a relegated club, but one of the finest players to grace the Premier League. He can now be found being really agreeable and mellow on Sky Sports. 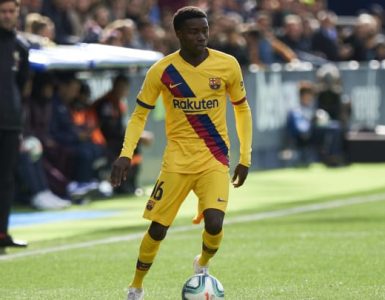 Wagué joined Barcelona in 2018 | Xaume Olleros/Getty Images West Ham remain interested in signing Barcelona’s Moussa Wagué this summer, with one report stating he is close to a move away from Camp Nou. The Senegal international joined the...