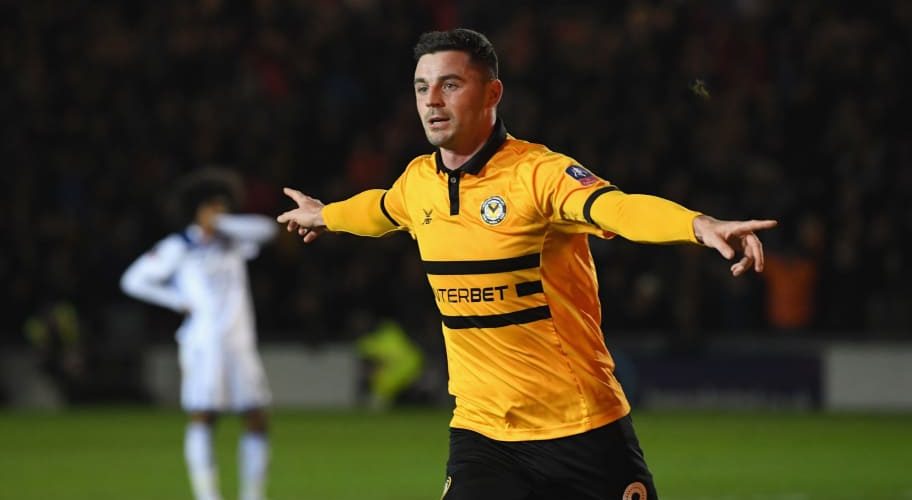 The 6 Most Exciting Ties of the FA Cup Fourth Round

With the FA Cup third round now firmly in the rear view mirror, it’s full steam ahead this weekend as those remaining in the competition gear up for another dose of cup fever.

There are some exciting ties to look forward too – with a blockbuster all Premier League clash headlining the weekend’s festivities.

That’s not the only big game of the weekend though – and with that in mind, here are six of the most exciting ties you should be looking forward too.

Newport County are starting to make a bit of a habit out of going on impressive cup runs.

This is the second consecutive season the Welsh outfit have reached the fourth round of the FA Cup and they caused one of the biggest upsets of the third round when they defeated Leicester City 2-1.

They have a tough test on their hands when they travel to face Middlesbrough, who progressed to this stage with an impressive 5-0 win over Peterborough.

A rematch of a Carabao Cup second round tie earlier this season, AFC Wimbledon will be looking to get some revenge over West Ham.

The Hammers won that match 3-1, but they will be wary of the fact that Wimbledon have caused a few upsets in the FA Cup in recent years.

It has now been 39 years since West Ham last got their hands on the FA Cup and, with very little to play for in the Premier League this season, they have a huge chance to progress further in the competition.

Everton have been patchy all season under Marco Silva and they were fairly unconvincing during their 2-1 win over League Two Lincoln City in the third round.

They will have to be at the top of their game when they travel to face Millwall, regardless of the Lions’ lowly league position.

They always raise their game at home and they have history when it comes to knocking out top tier opposition. They defeated three Premier League opponents on their way to the quarter-finals back in 2016/17.

Barnet are the only non-league team left in the FA Cup after they deservedly defeated Sheffield United 1-0 at Bramall Lane – and they now have another Championship side in their sights.

They host Brentford who, on paper, pose less of a threat than Sheffield United. So far this season Brentford have been struggling in the league and are hovering above the relegation zone, which means that the cup may not be of high importance.

Plus, both sides are nicknamed the Bees and they will be playing at the Hive, which is nothing short of spectacular.

London derbies always throw up feisty affairs and one of the biggest ties of the fourth round comes in the shape of Crystal Palace vs Tottenham.

Spurs are still hunting for their first trophy since 2008 and winning one of the two domestic cups looks to be their best chance of doing so. As for the Eagles, they are yet to win a single cup in their history.

Mauricio Pochettino’s side won 1-0 in the Premier League fixture between the two sides earlier in the season, with Juan Foyth’s headed goal proving to be the difference.

The headline tie of the round, Arsenal vs Manchester United is a fixture steeped in history – especially in the FA Cup.

Arsenal and United are the two most successful teams in the competition’s history, sharing 25 FA Cups between them – Arsenal winning 13 to United’s 12. This will be the first meeting between the two in the FA Cup since Arsenal defeated United at Old Trafford back in 2015.

They are also two of the more recent winners of the trophy itself, with Arsenal winning back in 2017 and United the season before under Louis van Gaal.