?Fernando Llorente scored the only goal of a tense affair as Swansea saw off Everton 1-0 to move out of the relegation zone and above Hull City, who lost 2-0 at home to Sunderland on Saturday afternoon.

Llorente rose highest to put Swansea in front in the 29th minute albeit with a slice of luck – the ball deflecting off of the big striker’s shoulder.

Swansea’s Jordan Ayew came close to adding a second in the 55th minute, with the Ghanaian scuffing a half volley against the post from 12 yards out.

Everton pushed for an equaliser as the game progressed, but could not find a way through a solid Swans defence. Leroy Fer almost put the game to bed 15 minutes from time, but the Swans saw the game out to move above Hull and in to 17th place in the Premier League.

The game started in nervy fashion, with Swansea knowing a win would lift them out of the relegation zone and give them a big chance of remaining a top-flight club next season.

After 20 minutes, neither goalkeeper had really been troubled, with both sides struggling to string a decent move together. Influential Everton striker Romelu Lukaku struggled to get in to the game, with the Toffees players unable to provide any sort of service for the Belgian.

However, it was the home side’s frontman who struck first. Ayew showed good control against Leighton Baines on the edge of the Everton box, and the striker’s floated cross was met by Llorente at the back post.

It was the Spaniard’s seventh headed goal of the season, with replays showing that the ball cannoned off of Llorente’s shoulder before nestling in the back of the net.

Fernando Llorente has scored Premier League goals this season against:

The Swans were desperate to go in to the break 1-0, and the Welsh side defended admirably as Everton rarely pushed for a reply before half-time.

However, Swansea were nearly two up 10 minutes into the second half. Ki Sung-Yeung drove the ball across the box and Phil Jagielka’s cross fell kindly to Jordan Ayew, whose half volley smashed against the post. Ayew really should have done better, and the look on manager Paul Clement’s face appeared to suggest that he was in agreement.

With very little to play for, Everton seemed uninterested in a result, with Romelu Lukaku’s fierce drive the only real chance for the Toffees in the second half.

Substitute Leroy Fer nearly secured the result for Swansea just seconds after coming on, but Maarten Stekelenburg pulled off a brilliant save to deny the Dutchman.

The roar from the Liberty Stadium crowd said it all at full-time, as the Swans fans knew that their side took a huge step towards Premier League safety after the hard fought win, with the club’s Premier League survival now in their own hands.

With a seventh placed finish in the bag, Everton have had a remarkable season under Ronald Koeman. However, the Dutchman will be hoping to see an improvement from his players as the Toffees attempt to finish the season with a flourish. 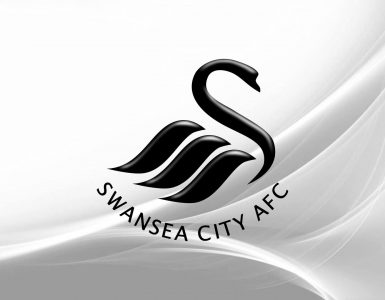 ?Premier League games could be played behind closed doors in a bid to combat the spread of coronavirus, with the league and FA already believed to have held talks over possible implications if government public health advice bans large gatherings of... 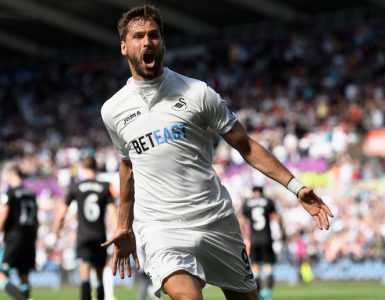 Three managers and a haul of 41 points was enough to keep Swansea to avoid relegation at the expense of Hull. Here is the Swans’ end of season report card. 1. League Performance With the players Swansea have, they shouldn’t have been...

?Swansea City are reportedly set to make a summer bid for Eibar midfielder Dani Garcia. The 27-year-old has a release clause of €8m in his contract and the Spanish side may be keen to cash in on the player or risk losing him for free when his...