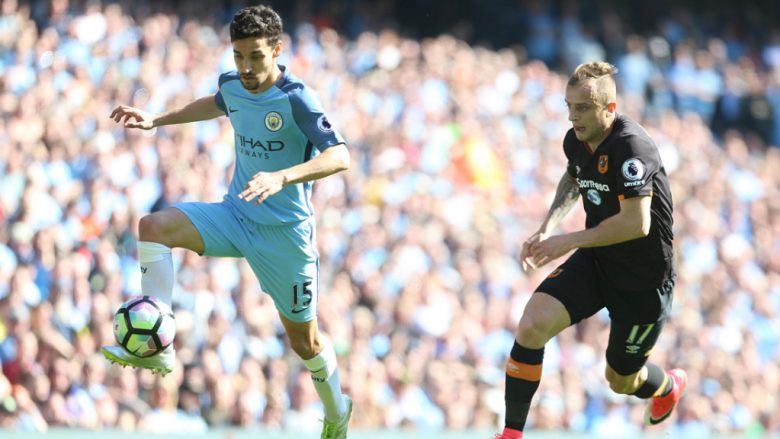 Navas near the transfer to Lazio.

The Spanish midfielder, Jesus Navas, a few days ago officially left Manchester City.
Navas wrapped up the contract with former England champions and failed to reach an agreement on its continuation.

So after the past four years at ‘Etihad Stadium’, the Spanish winger is ready for a new adventure.

The future of the midfielder is expected to be in Serie A, more precisely in the Italian capital.

It’s Lazio’s squad that has advanced in talks about transferring the player to ‘Olimpico’.

Italian media have written that Lazio’s sports director, Igli Tare, has talked to the agent of the player.

Lazio has offered a Navas two-year contract and this transfer can be formalized next week.