A 1-0 defeat at the hands of Morocco on Tuesday evening saw Les Elephants finish the group stage with just two points to show for their three games, having already failed to get the better of both Togo and DR Congo.

Manchester United defender Eric Bailly and Crystal Palace winger Wilfried Zaha, for whom it was a first international tournament after switching his allegiance from England last year, both started all three games for the reigning champions.

Bailly won’t be back in England in time to feature in Manchester United’s EFL Cup semi-final against Hull on Thursday night, but well could well back in the squad by the time Jose Mourinho’s team face Wigan in the FA Cup fourth round on Sunday.

For Palace, Zaha’s return is particularly important. The 24-year-old last played in the Eagles’ defeat against Swansea on 3rd January and remains a crucial part of their diminishing chances of survival.

Stoke striker Wilfried Bony, who scored in the 2-2 draw against DR Congo, Sunderland centre-back Lamine Kone and Bournemouth winger Max Gradel are the other Premier League players on a plane home. Forward Jonathan Kodjia will return to Championship side Aston Villa.

Algeria’s fate was similarly sealed on Monday when a 2-2 draw against Senegal ensured they would be going no further. That means the early return of Leicester pair Riyad Mahrez and Islam Slimani, as well as Watford’s Adlene Guedioura and Arsenal teenager Ismael Bennacer. 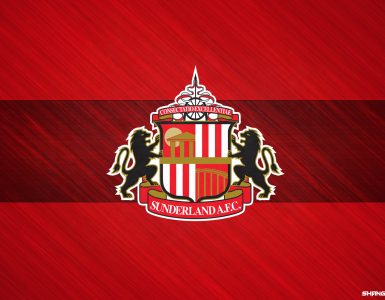 Sunderland striker Victor Anichebe has conceded that he is not thinking about his future at the club, but paid tribute to patient Black Cats supporters.? The Nigerian made the move to the north east last September having left West Brom at the end of...

Hard-tackling Sunderland midfielder Lee Cattermole has heaped praise on teammate Wahbi Khazri after the Tunisia midfielder scored in the 2-2 draw with West Ham on Saturday. The Black Cats were gifted a point against West Ham after Hammers shot...

Former Newcastle United defender Steven Taylor has claimed that he actually received death threats from fans of bitter rivals Sunderland during his time on Tyneside, and that he never held talks with the club about a possible move as alleged by then...