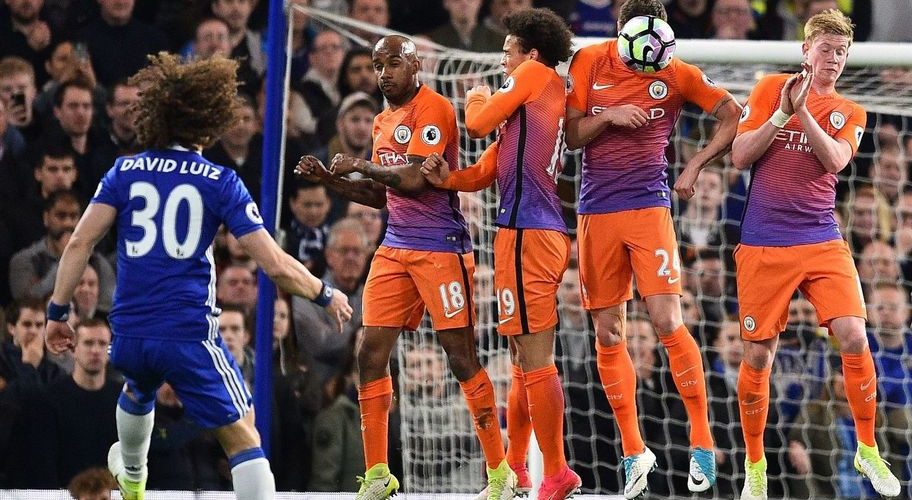 Manchester City were left with lots of questions to answer after what was a rather mixed season in 2016/17.

It wasn’t a terrible campaign, but it wasn’t exactly good either. There was a managerial change, coaching additions and new signings all over the pitch, yet the club largely fell short of meeting targets and expectations across the board.

Improvement needs to be seen next season…

When a top four place looked like it could be in doubt in March and April, securing third spot and the associated automatic Champions League qualification was an important step in the final weeks of the season.

But City would have expected to do much more and when chairman Khaldoon al Mubarak recently said third place was ‘nothing to celebrate’, he was right. Ending the season 15 points off the top and not even seriously challenging for the title is far from good enough.

Six wins on the spin to start the campaign masked a number of problems that later came home to roost. The defence was too weak, the tactics often weren’t clear, the team lacked bite at times and it all resulted in only the second season of Pep Guardiola’s eight-year managerial career in which he didn’t walk away with a league title at the end.

City had a group of attacking players capable of matching or bettering anyone else in the league. Ill discipline was also a factor, with Sergio Aguero and Fernandinho both missing multiple games through suspension, while imagine how different things might have been had captain Vincent Kompany been fit for the whole season.

City’s attempt to retain the rebranded EFL Cup was decidedly poor and was over in just two games. A narrow third round victory over Swansea in September was followed by a disappointing defeat at the hands of local rivals United in October.

That game came just a month after City had played Jose Mourinho’s team off the pitch at Old Trafford in the Premier League, but fell right in the middle of a poor run of form across all competitions.

The FA Cup, a trophy the club last won in 2011, looked much more promising after reaching the semi-finals against Arsenal. But it was the Gunners who wanted it more on the day, mustering powers of recovery to come from behind at Wembley and winning in extra-time to book a return visit for the final, which they subsequently won against Chelsea.

In light of a disappointing league season, cup success would have at least been something to hold on to.

City’s Champions League campaign was also quite underwhelming, especially after breaking new ground last season and going as far as the semi-finals for the first time ever.

Just getting through the group stage was a struggle. City hammered Borussia Monchengladbach 4-0 on matchday one for the perfect start, but won just one of the remaining five games thereafter. Three equalisers against Celtic rescued a point on matchday two, while Barcelona handed Guardiola a drubbing on his return to Camp Nou with a 4-0 score-line on matchday three.

City regrouped to beat Barça back at the Etihad, but two further draws against Gladbach and Celtic to finish the group could have proved disastrous with very fine margins.

The knockout stage showed the very best and worst of City. Defensive frailties were horribly exposed by a young Monaco team in the Last 16 first leg, only for a second half comeback to see City to take a 5-3 aggregate lead into the return leg of the tie. All it needed was a sound defensive display to hold on and progress, but City wilted at Stade Louis II and were dumped out on away goals after a 3-1 loss.

Kevin De Bruyne was world class once more in 2016/17. The Belgian enjoyed a marvellous debut season after his 2015 club record move from Wolfsburg and proved once more this season that he was worth every penny and is arguably the immediate future of the club.

Although fans might have hoped he’d score more than six league goals (he hit the woodwork 9 times!), De Bruyne’s 18 assists were a Premier League high for the season. One particular game against Swansea in September served as evidence that he needs to play centrally as the team’s chief play-maker on a more regular basis.

City were struggling to get the better of the Welsh side until a reshuffle at the hour mark saw De Bruyne move in from the right and start dictating the play. It was that move which ultimately saw City comfortably prevail 3-1 and avoid a potential banana skin.

Claudio Bravo arrived in Manchester as an upgrade on Joe Hart and a goalkeeper that bought into Guardiola’s tiki-taka philosophy after spending two very successful seasons with Barcelona.

But not only did he join as a goalkeeper who could participate in the passing game, the Chilean had enjoyed one of the best save to shots faced percentages in La Liga during 2015/16. It was, on paper at least, a very smart piece of business indeed.

And yet, Bravo’s passing ability and shot stopping proficiency completely deserted him. If it wasn’t utterly ridiculous to think, City fans might have been forgiven for believing a hitherto secret evil twin named Carlos Bravo had kidnapped the real Claudio somewhere between Catalunya and Manchester and had him holed up in a dark basement.

At one stage of the season, Bravo, Claudio or Carlos, was letting in virtually every shot on target that he faced. He was eventually dropped in favour of Willy Caballero, with injury ultimately then ending his season prematurely in April after regaining his place.

There can be no doubting that his debut campaign in England was a steep learning curve for Pep Guardiola. As already mentioned it was only the second season of his career in which he hasn’t won a league title, serving to even further increase expectation for 2017/18 as pressure to succeed now considerably mounts.

With such a tradition of winning, the former Barcelona and Bayern Munich coach will be more disappointed than anyone that he didn’t deliver at least one trophy straight off the bat.

Pep is part of the bigger picture at City, with the whole club moving towards a collective goal. With former Barcelona executives Ferran Soriano and Txiki Begiristain running the day to day operations, it’s little coincidence that project mirrors the setup at Camp Nou, so in theory there is no conceivable better choice of coach to lead the team than Guardiola.

Strong recruitment has already started for next season, so one has to believe that the problems have been identified and he will have a much better grip on things come the big 2017/18 kick-off in August.

For most clubs, automatic Champions League qualification, a domestic cup semi-final and reaching the knockout stages of a European competition equates to a good season.

But with the investment, facilities and personnel available, City are not ‘most clubs’. There is no way to avoid using the word ‘disappointment’ to describe the season. Expectations are very high, but that has been the level demanded for nearly a decade now.

This season failed to meet those expectations. Lessons must now be learned from the mistakes of 2016/17 and 2017/18 simply has to be much better across the board.