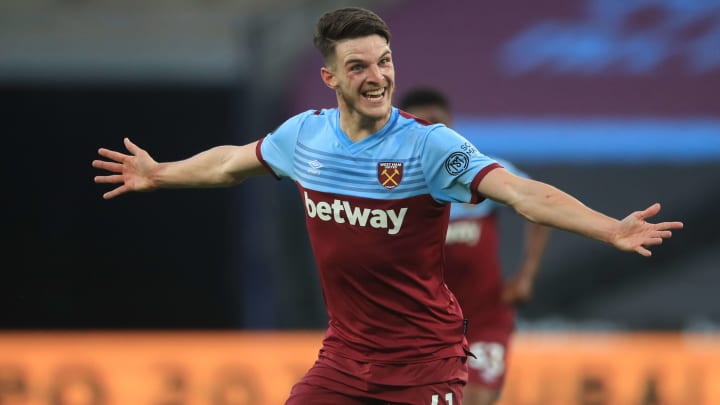 With a deal for Bayer Leverkusen’s Kai Havertz edging closer to completion, Chelsea manager Frank Lampard is now ready to turn his attention to his defence, with bids for West Ham United’s Declan Rice and Atalanta’s Robin Gosens being considered.

Chelsea’s tally of 49 goals conceded is the worst out of any side in the top half of the Premier League and significantly poorer than their top-four rivals, and there is an acceptance that major changes are needed to ensure the Blues can compete for trophies in the near future.

Former Chelsea academy star Rice has long been on the target list, but the player’s prohibitive price tag and West Ham’s reluctance to sell have been seen as stumbling blocks. However, according to The Times, Chelsea are hoping to tempt the Hammers into a deal, while also saving money up front, by offering Ross Barkley and Michy Batshuayi in exchange.

The Hammers haven’t exactly responded well to Chelsea in preliminary negotiations. They don’t want to sell Rice and don’t feel any pressure to do so after effectively guaranteeing their Premier League safety, and they don’t want Barkley or Batshuayi anyway.

There might be some wiggle room, however. West Ham have pursued a loan deal for Batshuayi in the past and reports of David Moyes’ interest in reuniting with Barkley are fairly recent, so perhaps Chelsea just need to find a way to sweeten the deal even more (*cough* pay more money *cough*).

Rice isn’t the only player on the radar. Chelsea are also looking for a new left-back, and with top target Ben Chilwell likely to cost close to £70m, the Blues have been forced to look elsewhere. Enter Gosens.

German outlet Kicker state that the 26-year-old Atalanta man has played his way right to the top of Lampard’s wish list, although Chelsea aren’t mentioned as one of the three sides who are ‘serious’ about him in the headline.

There were links to Gosens back in January, so it’s not as if this one has come out of nowhere, but Chelsea are believed to be paying more attention to Ajax’s Nicolás Tagliafico and Porto’s Alex Telles.

There could even be a new goalkeeper coming through the door at Stamford Bridge. The Telegraph state that Lampard could recruit a new shot stopper even if Kepa Arrizabalaga stays at the club, but a move for someone like Atlético Madrid’s Jan Oblak or Barcelona’s Marc-André ter Stegen would be tough to pull off.

The idea of loaning Arrizabalaga out has been explored, but because of his hefty wages, talks over such a deal have hit an early hurdle.