Pep Guardiola’s side are flying at the moment. City are unbeaten in four matches in all competitions and a win would see them climb to second in the league table.

Bournemouth have experienced a torrid run of form since the turn of the new year as they still await their first victory of 2017. Can this weekend see a change in their fortunes?

Remember when Pep Guardiola first arrived to English football and took the Premier League by storm and looked like running away with the title? It feels like a distant memory right now, but in the first months of the new campaign, Pep Guardiola’s side were simply unstoppable.

One of the early standout performances came in September when Bournemouth travelled to Manchester and were dealt a footballing lesson as a rampant City took them to pieces coming away with a 4-0 win.

Manchester City were without the suspended Sergio Aguero and injured David Silva, but the attacking prowess of Guardiola’s forward line was still too much for Bournemouth to handle on the day.

Kevin de Bruyne produced a Man of the Match performance and opened the scoring with a cheeky free-kick under the wall. Kelechi Iheanacho and Raheem Sterling scored either side of the interval and German midfielder IIkay Gundogan sealed the victory with a glorious team goal, reminiscent of Guardiola’s past Barcelona teams.

The win kept Manchester City at the top of the table with Guardiola notching up his eighth successive win in all competitions, whilst Bournemouth found themselves in 16th position and struggling to find form in their second season in the top flight.

Ever since joining from Arsenal on the final day of the summer transfer window, England international Jack Wilshere has been fantastic. The young midfielder has excelled in the middle of the park and game by game, he looks back to his scintillating best.

Wilshere’s second game for the club came at the Etihad in the 4-0 defeat and he was taken off just after the hour mark as he was just getting up to match fitness. This time around, Wilshere will surely complete 90 minutes as he’s slowly become an essential part to this Bournemouth set up.

When City beat Bournemouth in September, Yaya Toure’s Manchester City career looked to be over. Guardiola had left him out of the Champions League squad and ordered an apology from the midfielder and his agent for negative comments made in the press.

Two months later, the Ivorian issued his apology and returned to the side scoring a brace away at Crystal Palace in his first league match of the season.

Since then, Toure has been given the opportunity to impress and typically, he’s delivered and produced some fine performances, marshalling the midfield and of course, getting on the scoresheet.

Jack Wilshere will be essential in stopping Toure’s influence on Monday night and he’ll look to harass and pressurise the City man as much as possible to stop the supply line to the forwards.

Should Pep Guardiola opt to be play midfielder Fernandinho as a right-back on Monday night, Bournemouth’s Ryan Fraser will be licking his lips in expectation.

The talented winger announced himself on the Premier League stage this season with his impressive display in the 3-3 draw against Arsenal at the start of the year.

Hector Bellerin, one of the best fullbacks in the league, couldn’t cope with Fraser’s pace, energy, guile and skill and the youngster made the Arsenal man look very average.

With Fernandinho playing in an unnatural role as fullback, he’ll need all the support he can from those in front of him and also from his centre backs. Should Fraser find his feet and target the Brazilian in the early stages of the game, Guardiola might have to tinker his tactics and select a natural fullback to nullify the energetic forward.

Bournemouth defenders Simon Francis, Charlie Daniels and Adam Smith remain doubts for the Monday night match as all have recently picked up knocks.

Striker Callum Wilson was ruled out for the season two weeks ago, so Joshua King is likely to be the main man up front for the home side.

Manchester City have no new injury or suspension concerns but once again, all eyes will be on two positions at either end of the pitch.

Gabriel Jesus and Willy Caballero are set to keep their places in the starting XI which means Aguero and Bravo will find themselves on the bench for the fourth successive game.

Despite recent form, it must not be forgotten that Bournemouth tend to turn on the style when in front of the SKY cameras.

Last season when shown on live TV, Eddie Howe’s side won against Chelsea and Manchester United, and this season has already seen the unforgettable comeback at Liverpool’s expense and a Premier League classic against Arsenal. Bournemouth know that the world is watching!

Pep Guardiola has already ruled his side out of the title race, solely focusing on a top four finish and with Arsenal, Liverpool and city neighbours United all picking up wins, so it’s imperative for City to come away with three points.

Swansea showed last week that City’s defence is not the finished article and the Everton result demonstrated that a Bournemouth clean sheet is highly unlikely.

This is a match that looks destined to be a goal-fest and with the attacking talent at Manchester City’s disposal, they should have enough quality to come away with a vital win. 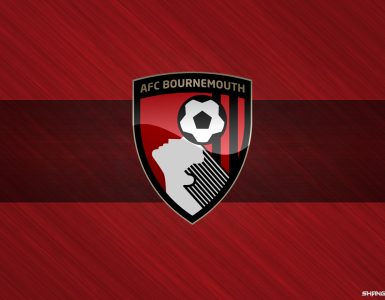 ?The Premier League have announced that they are scrapping the traditional pre-match handshakes between players and officials until further notice to try and prevent the spread of the coronavirus. They have become the latest competition to make...

?Chelsea’s title-winner Asmir Begovic is reportedly undergoing a medical at Bournemouth, as Eddie Howe’s first signing of this summer.  According to the ?Express, the Bosnian international will be signed for a fee rumoured to be around...

?Sunderland striker Jermain Defoe has revealed that he will make a decision on his future after his international duty with England. The 34-year-old will leave the relegated Black Cats on a free transfer in the summer having scored 15 Premier League...